We’re seeing less of the horrendous Laura-Ashley-esque flowered cushions on our two rental couches. One has been wearing the mini-quilt and the second is now draped with this big squishy knit blanket. Both irrefutable improvements to the look of the living room. 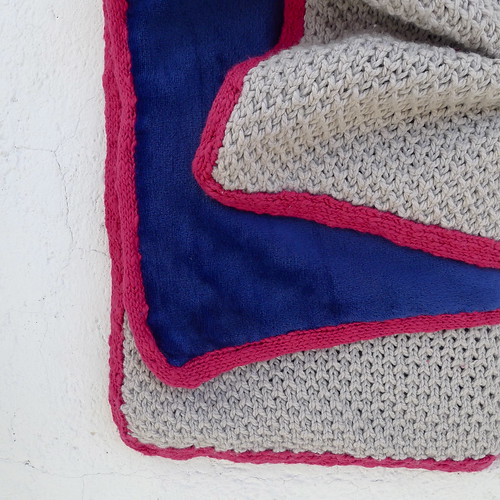 I started with Purl Soho’s pattern for Fluffy Brioche Baby Blanket and a bag of closeout Yearling by Juniper Moon Farms. The pattern was easy and mindless, a welcome respite after the cables upon cables in Stonecutter. 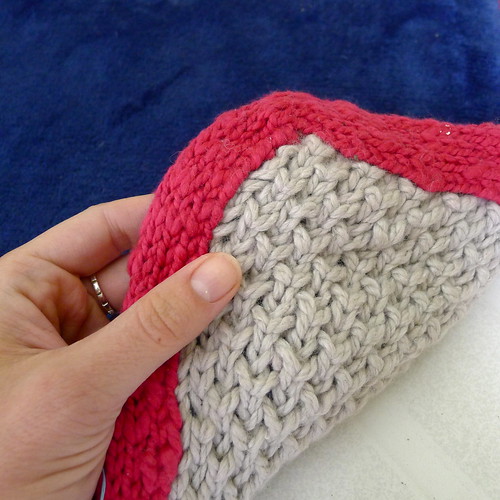 I added a 7-stitch icord border with some stashed thick/thin cotton, which  helped hold the blanket’s shape and provided nice contrast.

Then I blocked the blanket and was surprised at how much it grew. And draped. And became something not nearly as thick and squishy, which was the original appeal of the project. So I decided to attach a fleece backing. If there’s one thing you can find oodles of at Mexican fabric stores it’s fleece, so I had my pick of about 99 different colors and patterns. Bears? Roses? Apples? Bears holding roses and eating apples? Good or bad, I ended up with just a nice deep blue.

TECHknitting provides (no surprise) a great post on how to attach fleece to knits, complete with illustrations of the right type of hand-stitch to use. The only change I made was to fold the fleece under 1/2″, since I mistakenly chose a type that, while soft as a baby bunny, was prone to fraying along the cut edge (don’t make the same mistake…one of the biggest benefits to lining a blanket with fleece is that you shouldn’t have to treat the edges like you do with woven fabric). 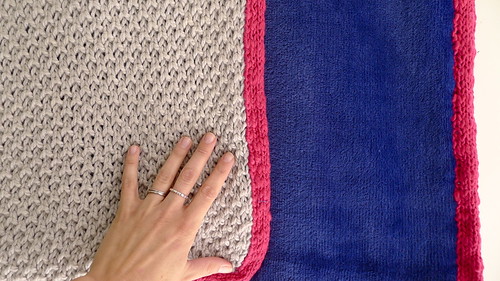 I sewed the fleece not to the blanket, but to the i-cord (see below). Once the thread was pulled snug, the lining tucked right against the i-cord edge. It looks very nice and the fleece layer definitely replaces whatever “big and squishy” properties were lost in blocking. 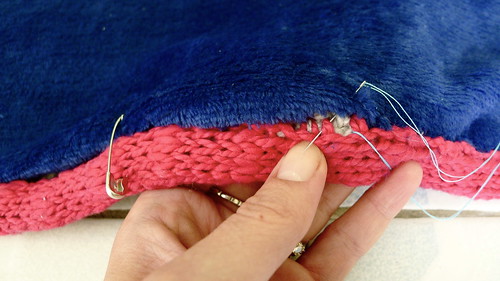 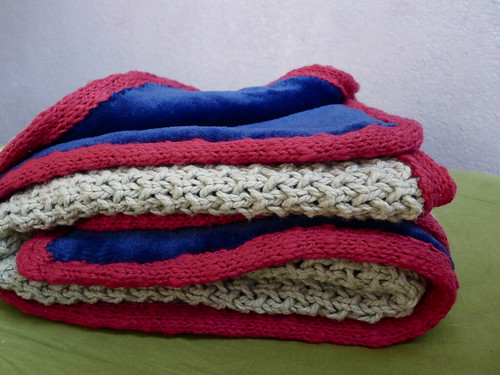 I'm Katie. I'm a midwesterner at heart but living in the Pacific Northwest. Foxflat is my digital project notebook. Click the "About" page for more.